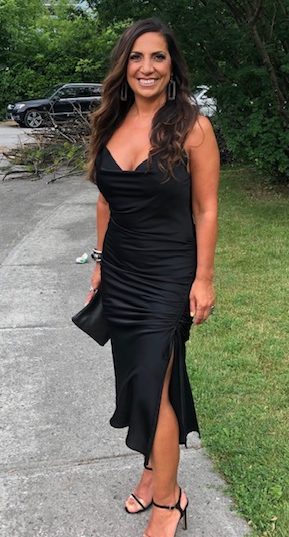 Maral, the vibrant 51-year-old woman with a bright smile and kind voice has been affected by breast cancer for most of her life. Several members of her family have already died of this devastating disease.

“My mother died in my arms of cancer, and I was not going to let that be my fate,” she says.

On December 24th2009 Maral would get test results that determined her own journey with breast cancer and led to decisions that would greatly impact her future. That was the day she found out that she was a carrier of the BRCA2 gene, and while Maral did not have cancer, her risks had just increased exponentially. “At the time this put me at 87% chance of getting breast cancer and 32% chance of getting ovarian cancer,” she recalls the probabilities etched in her mind. Choosing the necessary prophylactic surgeries, she did what she had to do, in order to take her life back.

As a mother of two daughters, and there would be one more obstacle to face. “The only part that was hard was knowing I had 50% chance of passing it on to my daughters,” she said, and clarified that she suggested they wait until they were a little bit older. She felt they were still young to take on such a heavy burden. Maral often advised her daughters: “Don’t hide or run away from problems or misfortunes but rather face them and work towards resolving them while staying positive,” she knows that this is no simple task. At the same time she believes in preparing them for life and takes an active role in sharing her experiences and wisdom.

Maral is a proud Pink Ambassador for Pink in the City. She helps to raise awareness and funds for breast cancer. Last December, Maral and her colleagues ran a half marathon in New York City (a bucket list wish for one of them who was turning 50). She had never been a runner and knew it would be a physical and mental challenge at 50, however she seized the moment and turned it into a fundraising opportunity for Pink in the City. “My goal was to raise $1,500 but I ended up with $2,500 thanks to my awesome family and friends,” she says with conviction and gratitude. Maral has been taking part in The Pink Carpet for the past two years, participating in the private fashion show and inspirational video, encouraging others to get involved and give back to their community.